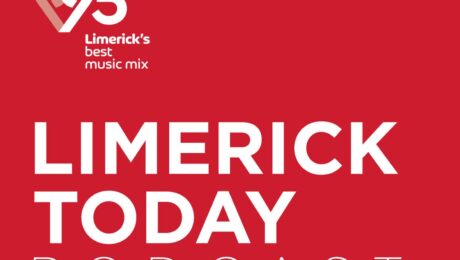 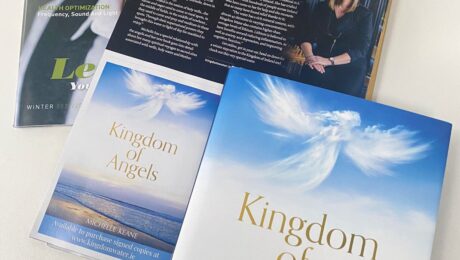 We spoke to Michelle Keane recently. Michelle is the passionate-about-angels author of ‘Kingdom of Angels’ and the lady behind ‘Kingdom Water’.

Our of our many precious of all Mother-earth given treasures, water is an essential source of human life and health. Water naturally imbued with health giving minerals can be found right here on our own little island and a very special source has been uncovered by Michelle, down in the Kingdom of Kerry;

Michelle has a special relationship with the angels and her new book goes into detail about her many spiritual voyages to sacred sites associated with wells, holy water and Mother

Ireland is the nation of holy wells.

Mary. She experiences her life guided by her connection to the angels and has now found her purpose in spreading their message of kindness and wonder, along with sharing this mineral rich water with the nation of Ireland. She has trialled this water with hundreds of people across Ireland who have come to her for help and she recounts that so many have found relief thanks to it;

“The water has a rich mineral content, with almost 45 elements in varying concentrations. Kingdom Water also contains higher-than­average levels of lithium. Lithium is believed to have benefits around reducing inflammation, as well as anxiety and depression, and improving cognitive function.”

Get online, get in your car, head on down fo r a winter staycation to the Kingdom of Ireland and check out this very special water. 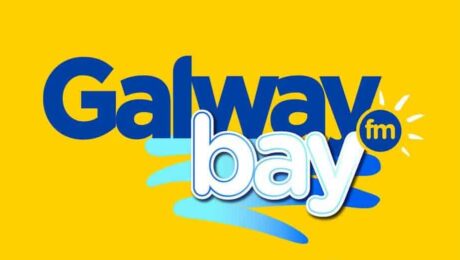 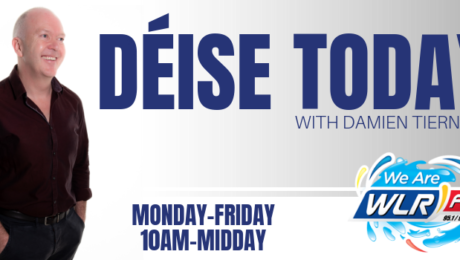 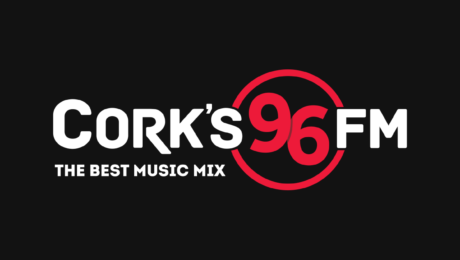 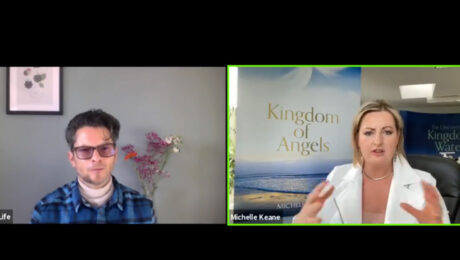 Interview with Angela Faull on CRFM 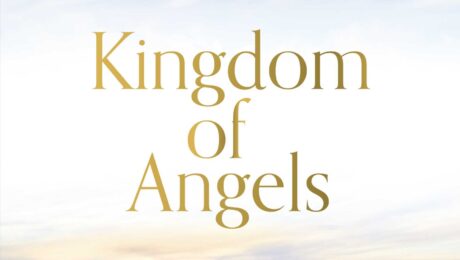 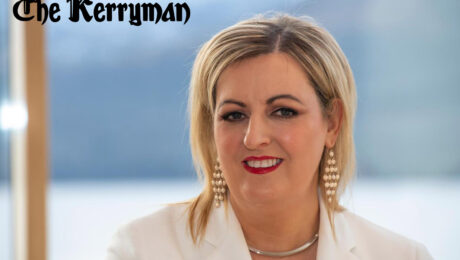 Author and spiritualist Michelle Keane from Knocknagoshel has released her new book – Kingdom of Angels. The books covers Michelle’s travels to sacred sites around the world where she connects with angels. (Photo by Domnick Walsh).

Michelle Keane makes no bones about being guided by angels in her everyday life. The Knocknagoshel author and entrepreneur is deeply devoted to Our Lady and connects with angels, who, in return, instil an inimitable brand of spiritualism in Michelle.

Anywhere that people with Michelle’s dramatic sense of devotion lay their hat, an army of sceptics will usually gather at the nearest hilltop. But Michelle doesn’t yield an inch in her belief process, which, if sometimes hard to understand, is at least to be respected.

“Everything the angels have told me has happened,” said Michelle.

“If people connect with them, the angels are waiting to connect with them. If you talk to them, as though you are talking to a human being, they are there for you. I’m not out to prove myself to anyone. I wouldn’t even get into an argument with someone about it.”

Michelle’s aptitude for connectivity with angels relates to astral experiences. The term ‘astral’ denotes a non-physical realm of existence such as psychic, paranormal, or, as in Michelle’s case, a spiritual connection. In short, an astral existence may connect with its human counterpart. This is how Michelle is able to connect with angels.

Kingdom of Angels is Michelle’s latest book. It follows her successful 2020 publication, The Discovery of Kingdom Water, that related Michelle’s experiences of when her ancestors appeared to her – in astral form – and told her to drill for spring water on her land. She did just that and the results produced seven springs with water containing 66 different minerals.

Kingdom of Angels takes the reader on a detailed journey through a cultural and historical understanding of angels; their role in life, society, and their place in helping people repair, emotionally, from the hardship life sometimes upturns.

“I can tune into the angels anytime I want. At the end of the day, I’m just sharing my experiences. Everyone has angels, whether you’re sceptical or whether you’re a believer. The truth, and the fact of the matter, is they [angels] are all around us. But I would say 85 percent of people aren’t spiritually awakened,” Michelle says.

Michelle tells me that very few people have the privilege of seeing angels. She explains that people must feel the world at ‘a much higher vibration’ in order to connect with them. Past life karma is another key to connectivity. Since Michelle wrote her first book, she insists that her spiritual signs have become ‘more intense’.

“I know this because of the tasks they ask me to do [Michelle chooses not to divulge what these tasks are as she says they are between her and the angels]. I now realise the higher purpose of what my spiritual journey is all about,” she says.

Among the experiences featured in the book are Michelle’s visits to sacred sites in Europe, India, the Hill of Tara, Newgrange, and St Michael’s Well in Ballinskelligs. Here, Michelle claims to have connected with angels from the Christian, Buddhist, and Hindu Faiths, while also connecting with St Patrick at Tara and witnessing never-before-seen examples of prehistoric rock art at passage tombs in Newgrange, Knowth, and Dowth.

“That is a very powerful chapter in the book. I astral travel with the angels and they bring me to places of spiritual significance. The angels brought me to the mythic Valley of Angels, also known as Gyangani.

“From there they told me I must go to the Hill of Tara. I had never been to Tara, but, when there, I connected with St Patrick and many new angels that were living there. I see St Patrick like you’d see him on the statue, his mouth and hands move, and he told me to continue with my journey.

“At Newgrange, I lay on the ground outside the tomb at night and astral travelled with the angels. I could see all the carvings and the angels’ performing rituals like they were doing when they built it 5,000 years ago. All churches, regardless of Faith, were built on ley-lines [alignment of churches that intersect between natural and sacred prehistoric structures] where ancient rituals took place. What we call fairies are actually angels. We’re only a dot in this universe,” she says.

I press Michelle into revealing how she recognises angels. Do they have distinguishing characteristics? Or do they just exist in the imagination? She is a firm believer in reincarnation.

“Some of them come with wings, some don’t. My ancestors are my angels; my grandmother, who I never met, is a very powerful angel who comes to me and helps me sort out any problems. All the angels come in astral form. I have had a past life with them [angels] and astral travelled into my past life connection with them,” she says.

“I’ve been around for thousands of years, and I have reincarnated back into this life. This is known as ‘past life regression’; I built a church in a previous life. Even now, coming back into this world, I love visiting churches all over the world.”

Michelle explains in her book how darkness is something that is sadly ‘stigmatised’ in modern society. She insists that people need to understand that darkness is an embryonic starting point for all of life, both in the human and natural world.

“When you are experiencing a spiritual awakening, you will first experience many dark nights of the soul. They [angels] then show you things that are hard to take in, but in six to eight months’ time you will see them happening right before your eyes, like they showed you. It’s how you hold that energy and darkness and bring that to the light for that greater good that matters,” Michelle says.

Lastly, while Michelle’s beliefs are a fusion of world religions and prehistoric ritual, she remains a devout Catholic. Michelle has no concerns that her omnipotent view of Faith is in contravention with core Catholic teaching.

“My message in this book is that it doesn’t matter what your beliefs are. You can take a bit out of every religion. For Catholics who don’t agree with me, that is their journey,” she says.

“There is only one divine union with God. Whether you’re Pagan, Muslim, Christin or Hindu, all roads lead to God. I believe in God and heaven. I have no issue with my Catholic beliefs; I have huge devotion to Our Lady; she is my number one. My sole objective is to get salvation and go to Heaven. I’m very fortunate to have been spiritually awakened,” Michelle adds.

“To get to this stage I’ve spent a lot of time visiting sacred sites on my own spiritual journey. Everywhere I’ve went I’ve connected with the angels, there are angels everywhere. You have freewill on this journey, no one is putting a gun to your head to say, ‘do it’. But if you do, watch how everything in your life gets transformed. There is a whole underworld of spirituality out there.”

The book can be purchased at www.kingdomwater.ie