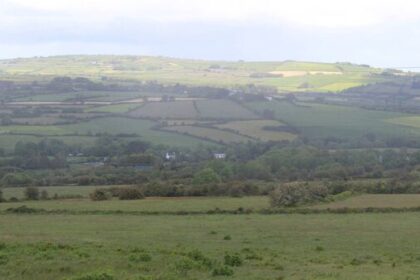 Whole community objects to location of proposed 15m-high mast in Knocknagoshel
Backlash against plans to erect ‘eyesore’ mast in Kerry village
Knocknagoshel, Co Kerry: This is the third application for the same project.

A planning application to erect a 15m-high telecommunications mast has been met with a backlash from locals in Knocknagoshel in Co Kerry.

The planning permission, which was submitted by Eir on November 28, details the construction of a “15m high monopole telecommunications structure with antennas, dishes and associated equipment”.

It is the third application for the same project following two former unsuccessful applications.

Locals are objecting to the proposed site of the mast, claiming that it would be an eyesore due to its location at the very centre of the village on the grounds of the Eir exchange building.

Michelle Keane, a resident of Knocknagoshel, organised a protest last month in response to the plans which saw more than 50 local people attend.

“It’s one thing to have one person having an objection, but this is the whole village and community objecting,” she said.

“I’m not against having a mast in the locality, but it needs to be in a more suitable location, not by houses.

“It’s right in the middle of the village, near houses, the town park and the school,” she said.

Ms Keane said despite the need for better broadband, the majority of the community will be objecting to the plans due to the location.

It would be an eyesore, and it would be visually obtrusive from a wide area of the village.
Ms Keane said it would negatively impact residents in the area who would be able to see it from their gardens.

“I’m in business myself, I’m an interior designer and we all want broadband but not a 15-metre-tall mast in the centre of the village,” she said.

She said farmers are willing to meet with the company as they have alternative sites for the mast instead of the proposed site which is already owned by Eir.

“I don’t blame them, they have the site for free it would be like me building a house on a site that I have already,” she said before adding that there needs to be a compromise.

Independent Kerry Councillor Jackie Healy Rae said the residents of the village have come together over the past number of weeks.

“The community isn’t so much against it, it’s the location of it that is the issue because it’s right in the middle of the village.

“To be fair, I think the community are being flexible enough, they have looked to meet with them to look at alternative locations,” he said.

Fianna Fáil councillor Fionnán Fitzgerald said the proposed development was too close to the local primary school and said he was concerned as a teacher.

“I would be concerned as to the long-term effects that it could have on the school community. Also, Knocknagoshel is in a very rural area, and surely other sites could be found to erect the mast,” he said.

A decision on the application is due on January 31, 2023, while submissions will be accepted until January 10.

Eir did not respond to requests for comment by the time of publishing. 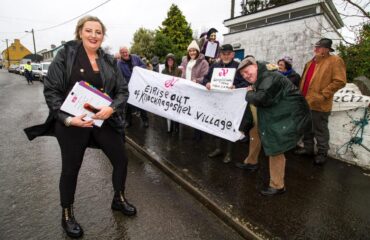